Lee
Since an early age I've been creating, building and modifying the world in which we live. Raised by some master crafters, I've learned so many skills they all seem to have blended together into a meta-skill. I'm a creative problem solver and a college educated analyzer of businesses and systems. I bring a broad perspective having lived and worked in the most rural settings to the most modern of locals, and I'm at home everywhere I go.
Room and Apartment Renovation

What follows is a series of pictures that run from pre-demolition to finished production.  I’ll show pictures of the same room looking from 8 directions that will add up to a 360⁰ view of the space as it goes through a string of steps towards a completed living space.  360⁰ Transformations is one of two sequels to Anatomy of a Demolition. This one focuses on just the rear portion of a renovation project and encompasses most of the space torn down in Anatomy.   Two small apartments that were side-by-side on the same floor are combined together into one bigger apartment with this renovation.  This master bedroom area ends up with a kitchen sink and cabinet installed as well, so that for the time being it can also be used as an art space.  I’ll be adding narration in each Transformation as time permits, however I think that the pictures make a good narrative unto themselves. 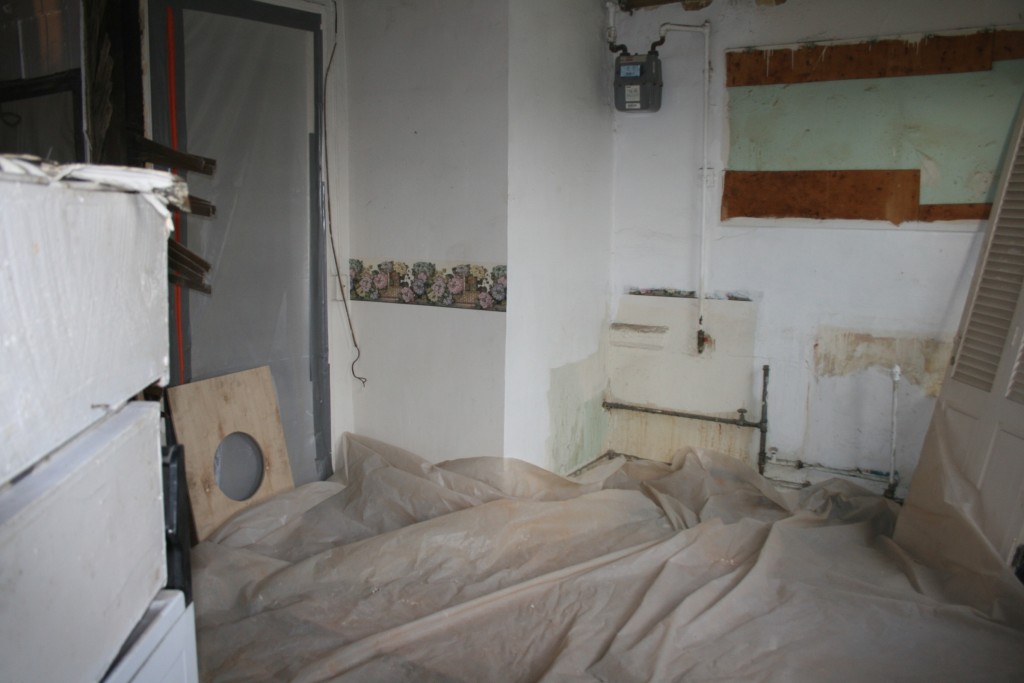 Behind the little flowers on the wall there is a small shower and tiny bathroom, as will be revealed in the next few photos. To the right is where the stove and kitchen sink were. 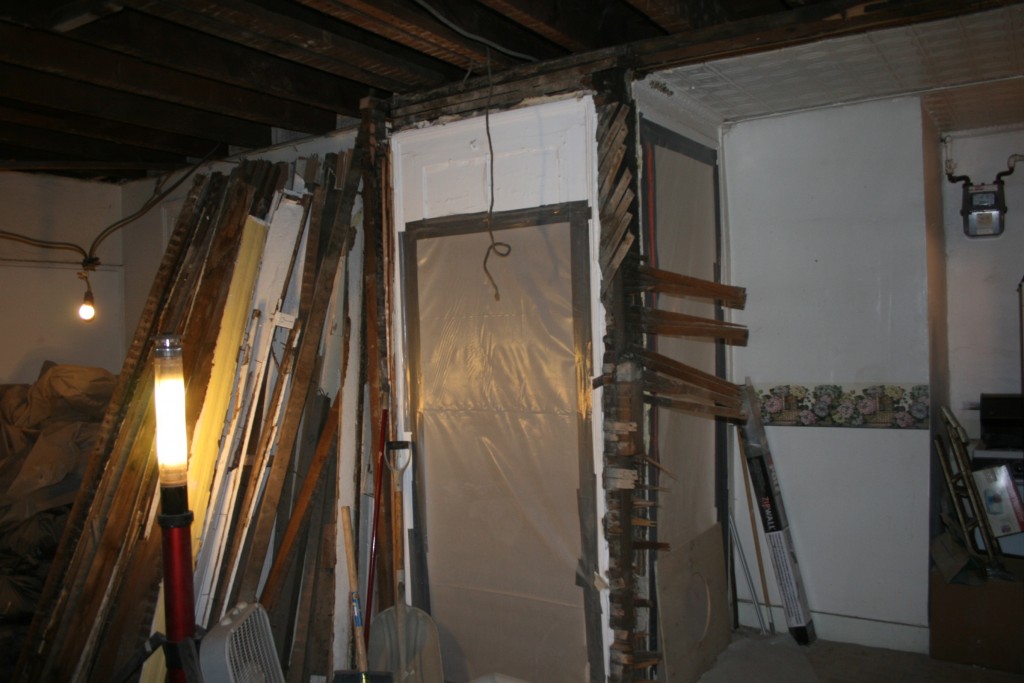 Behind the airlock is the door to the hallway and the bathroom both. 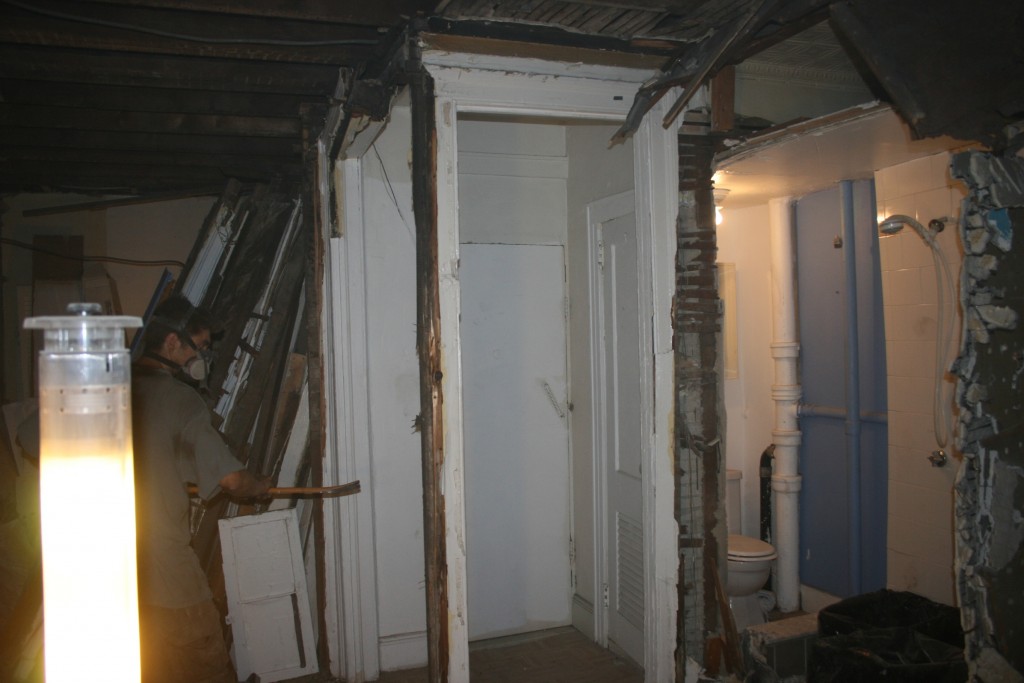 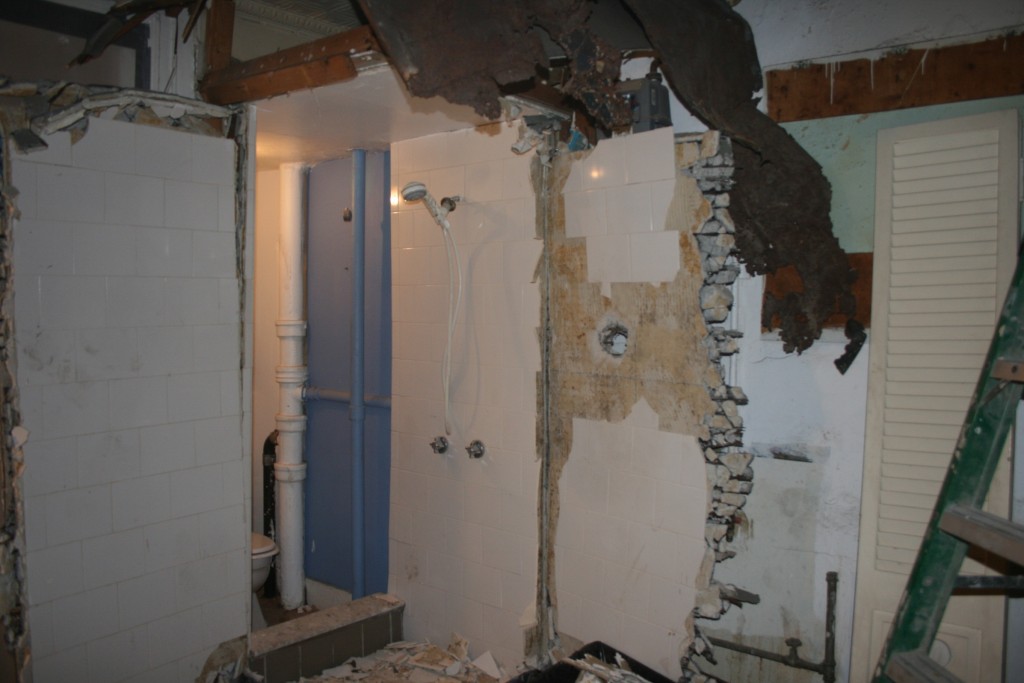 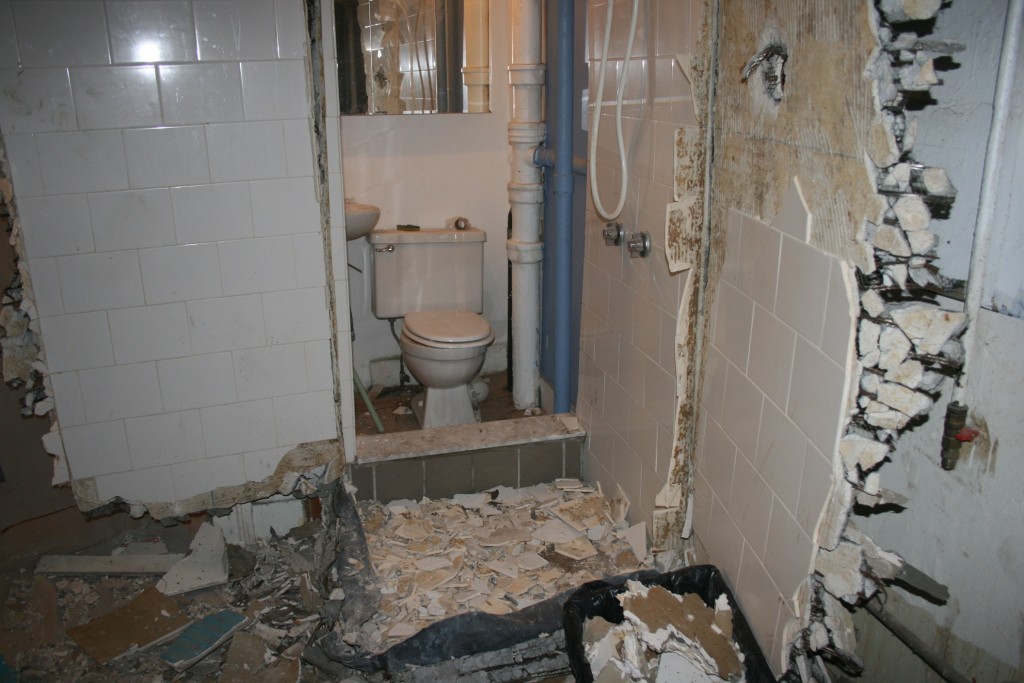 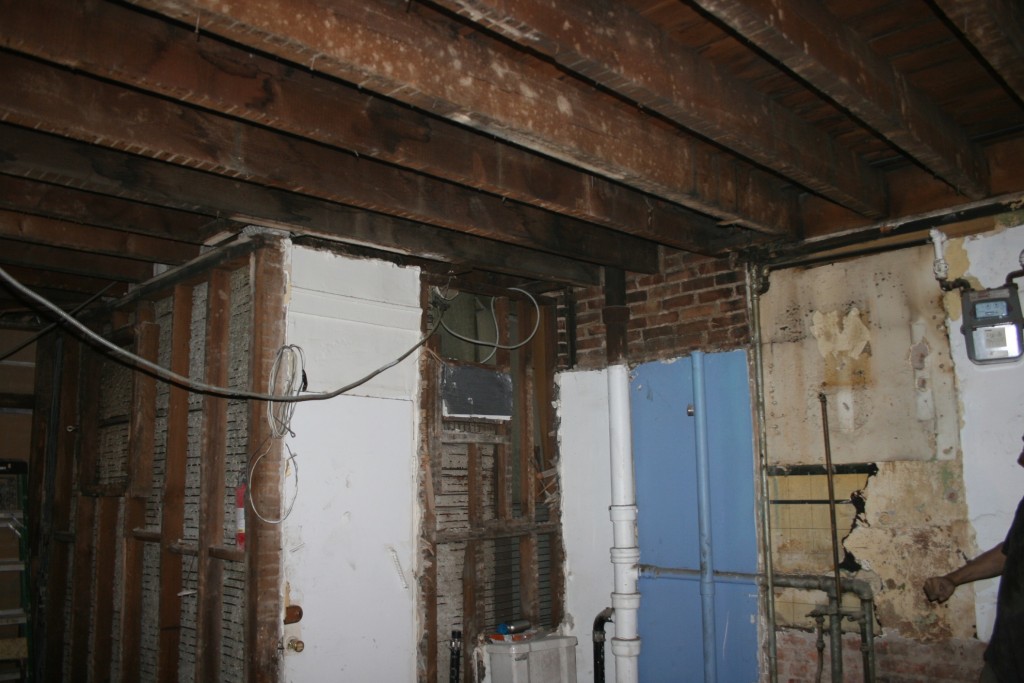 Nothing left of the bathroom but the toilet. This will become a half bath so the master bedroom has its’ own bath. 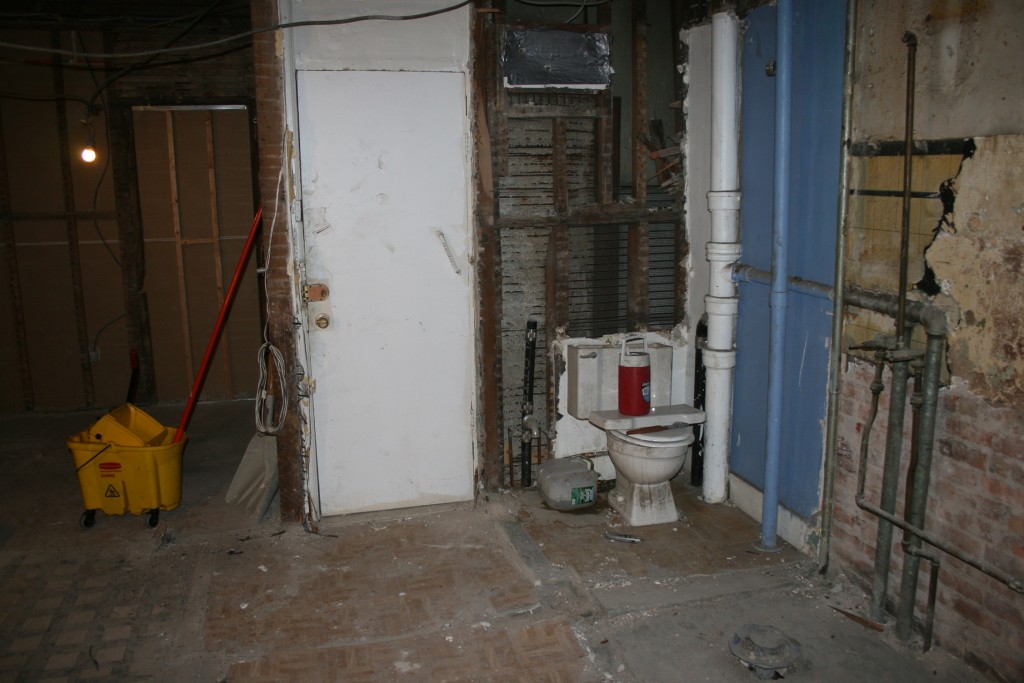 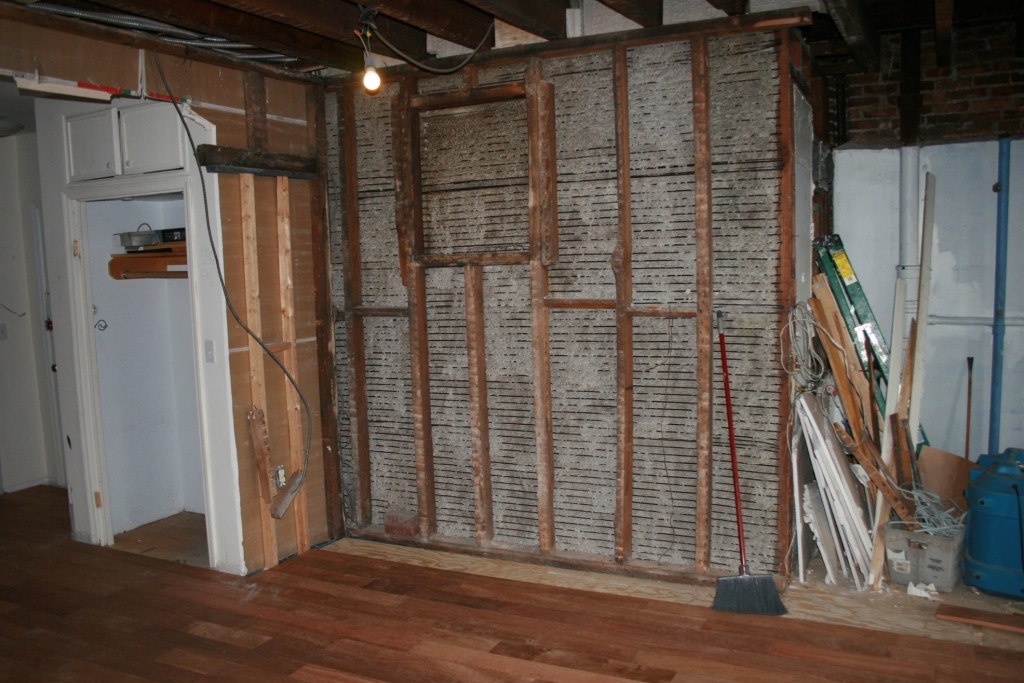 Front and center here is the inside view of the stairwell wall. We also see the new hardwood floor going in. 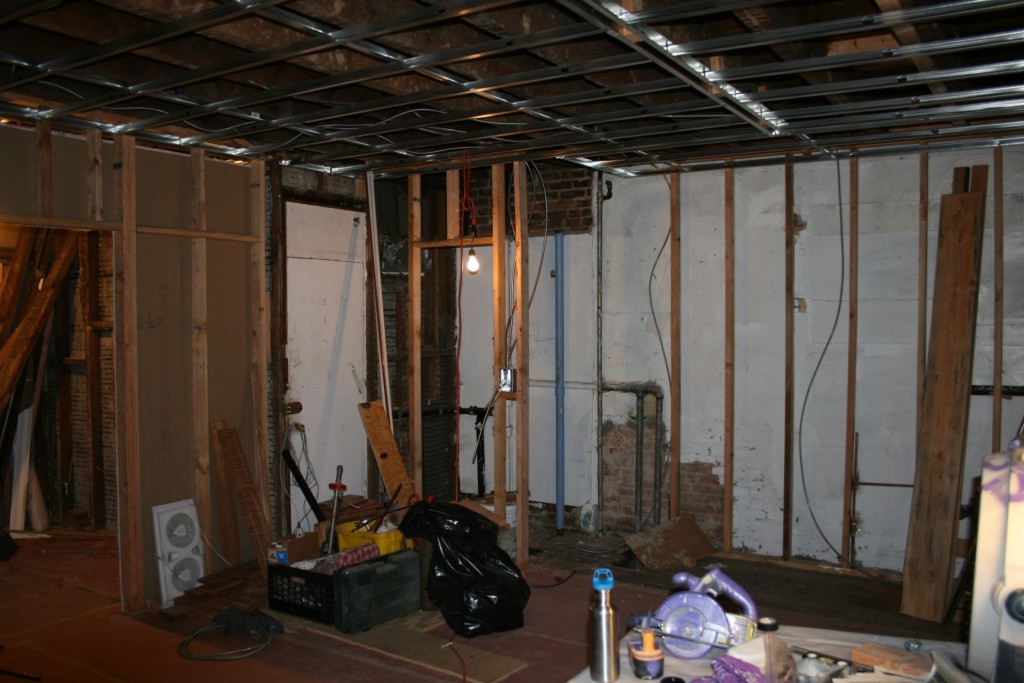 The ceiling has been leveled with the help of a tin framework. This greatly facilitated the installation of the new electrical system in this renovation. The new bath is being framed up.  The new floor is already down and covered up with rosin paper to help protect it through the rest of the construction process. 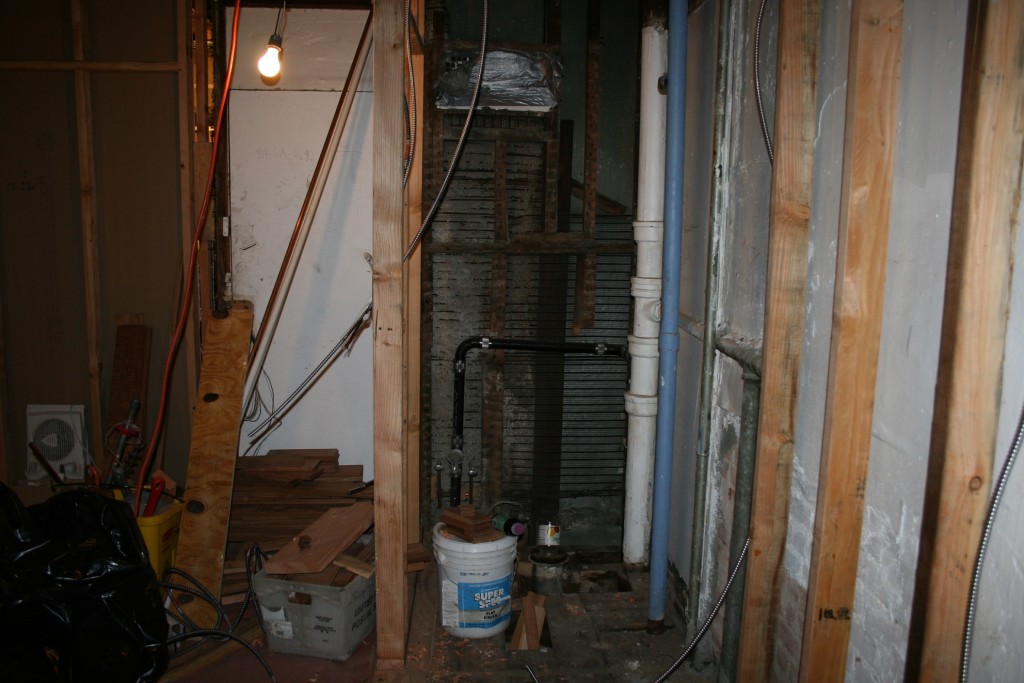 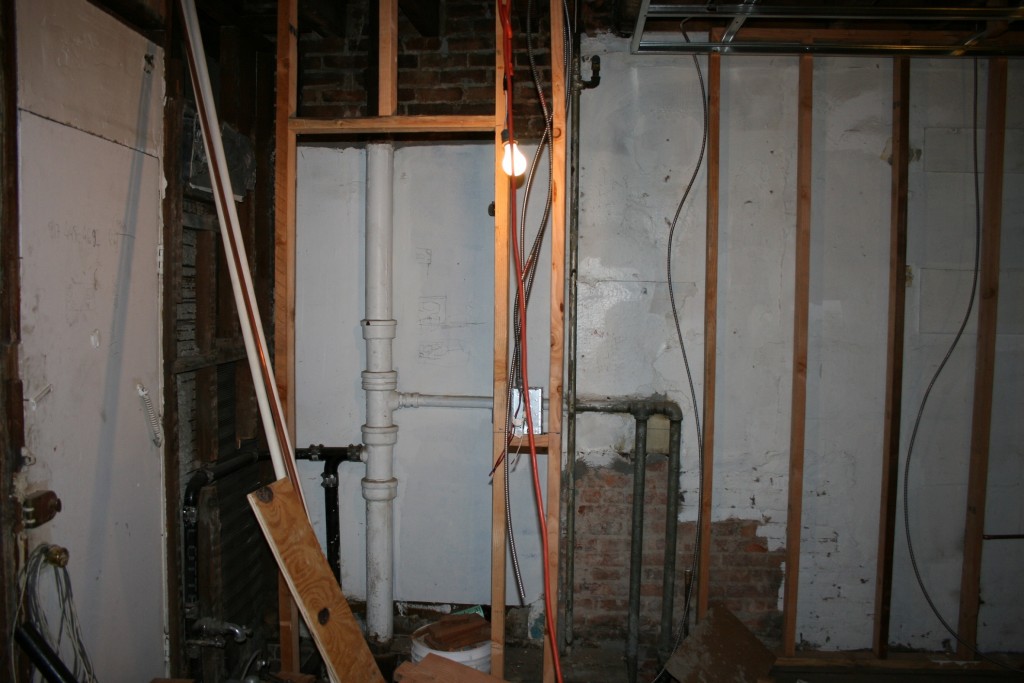 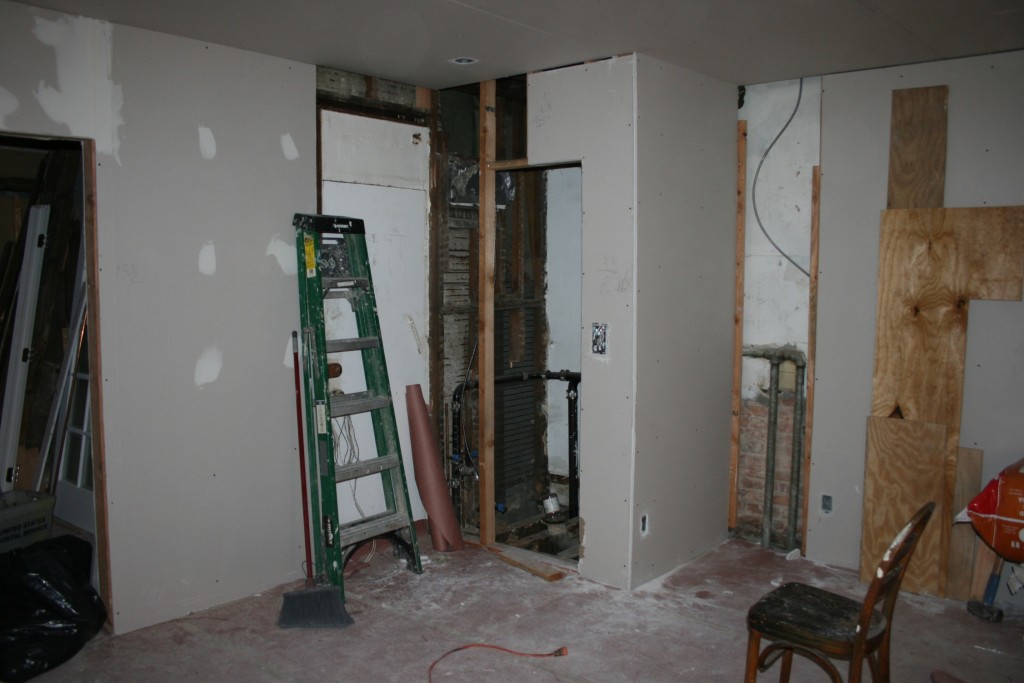 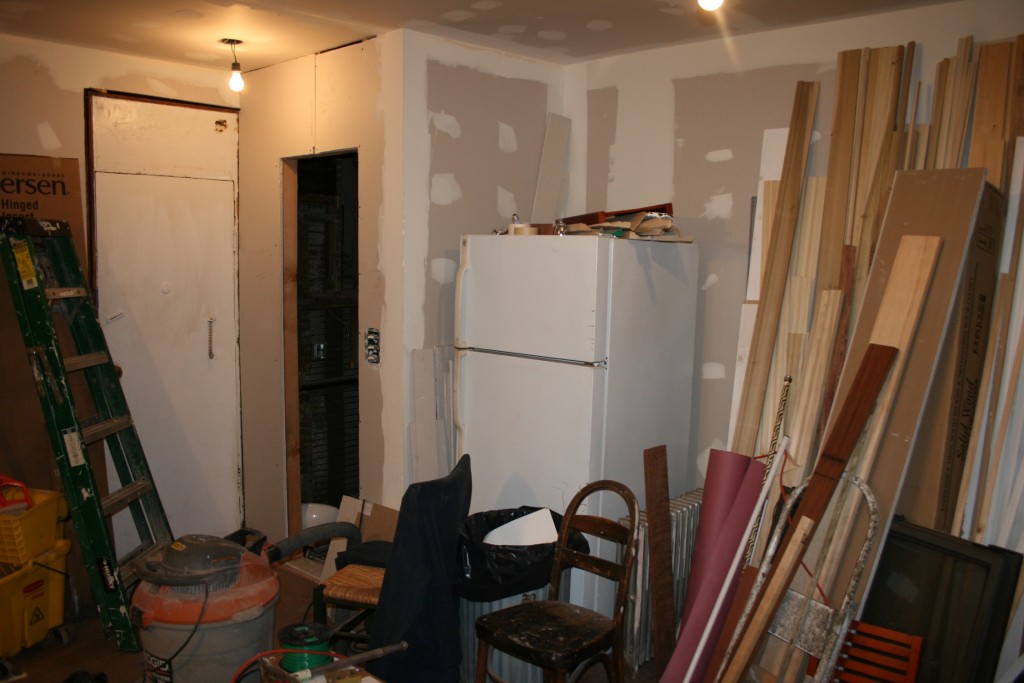 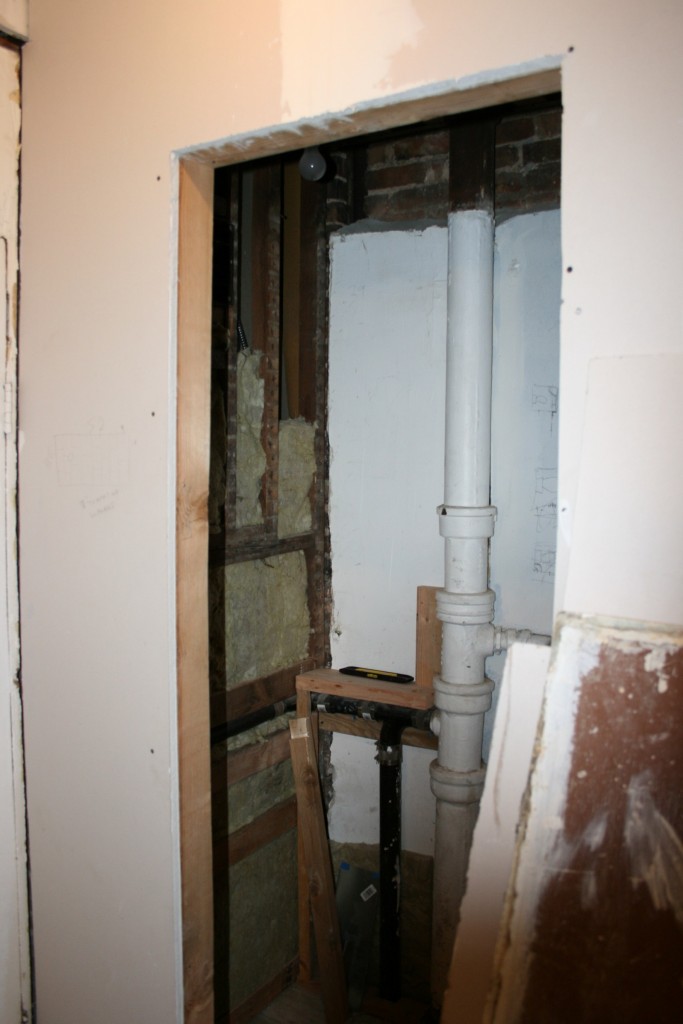 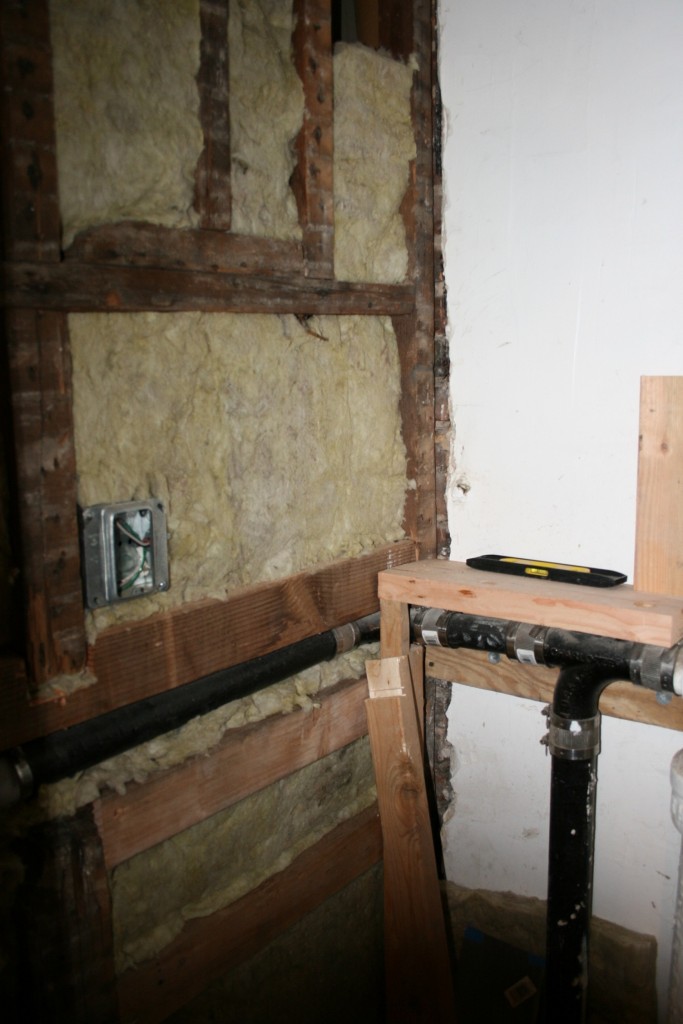 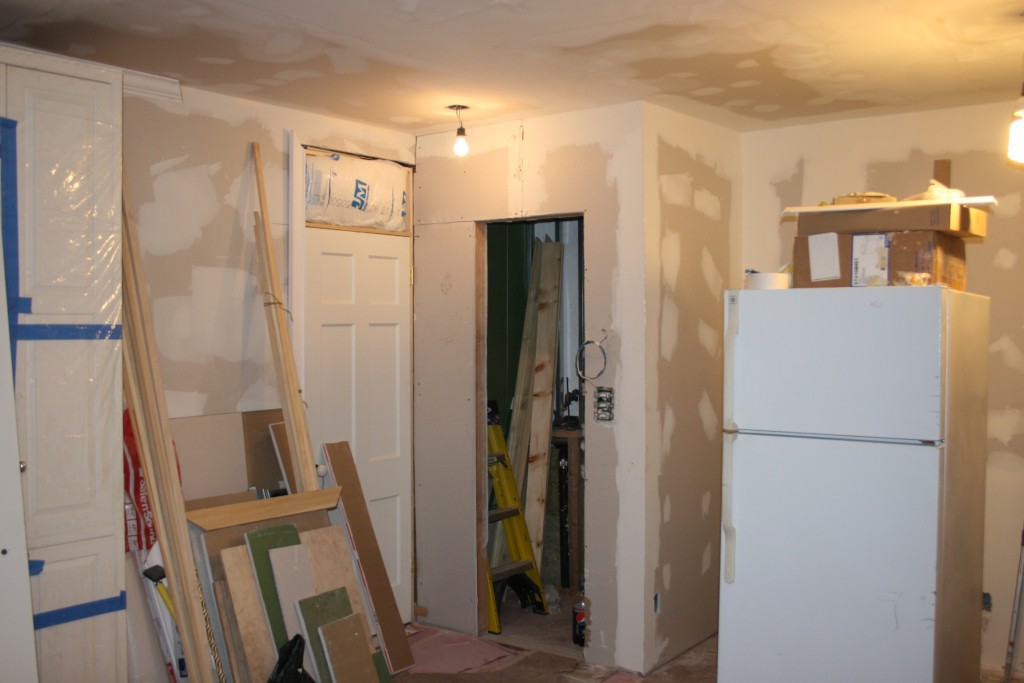 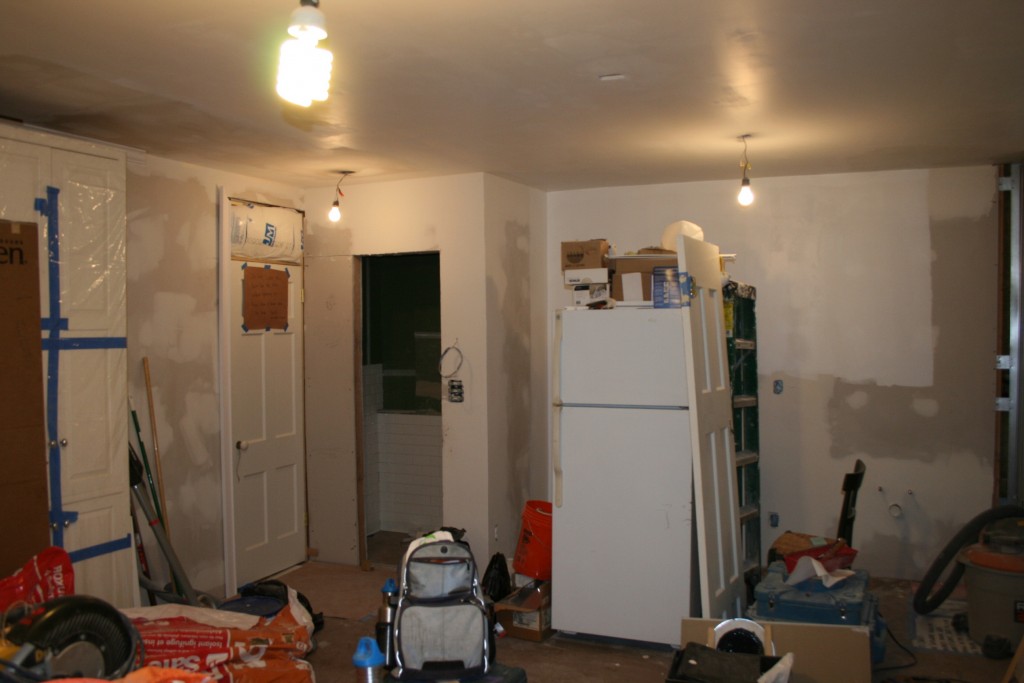 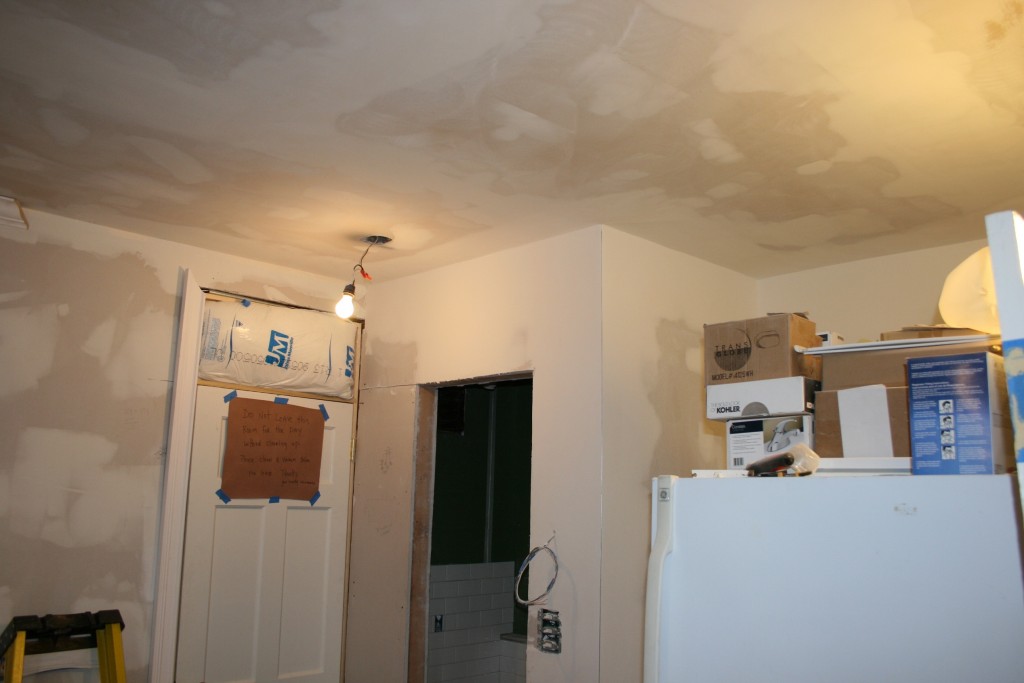 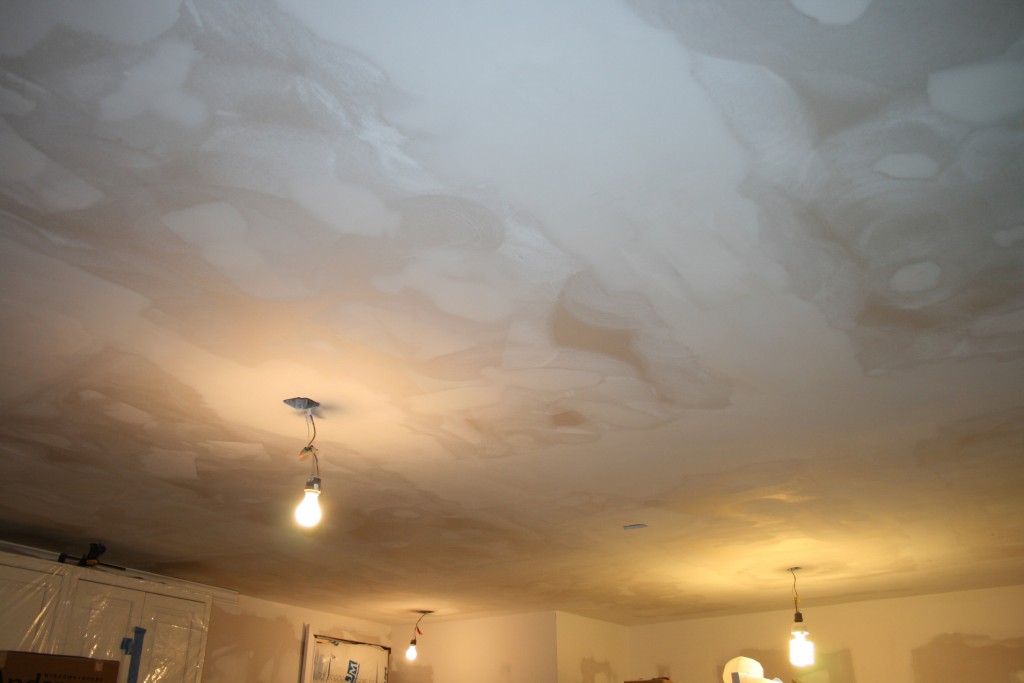 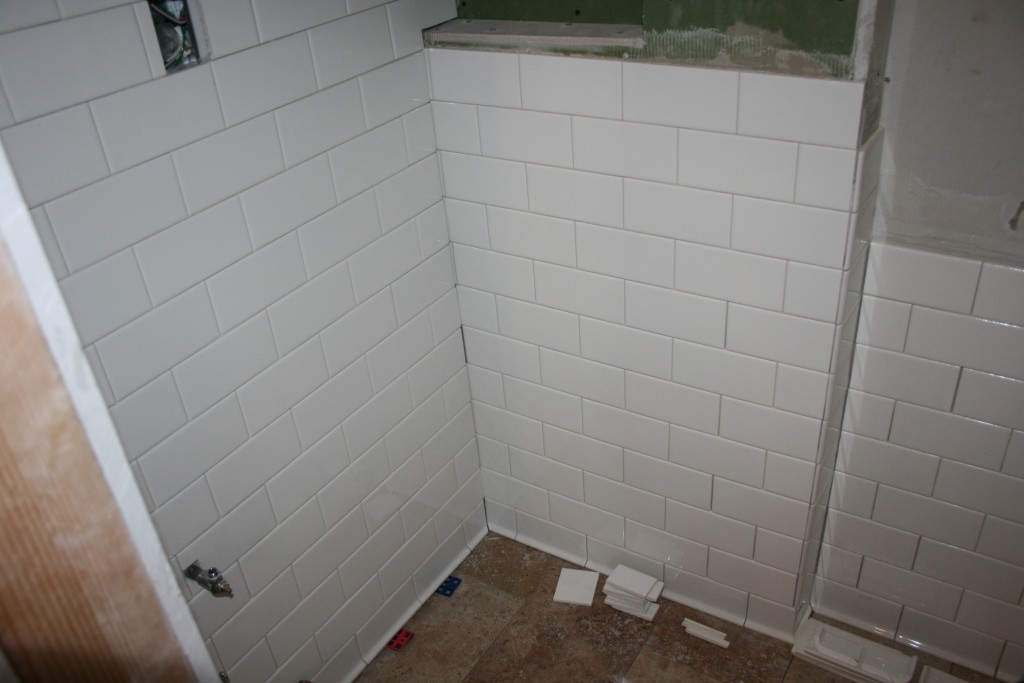 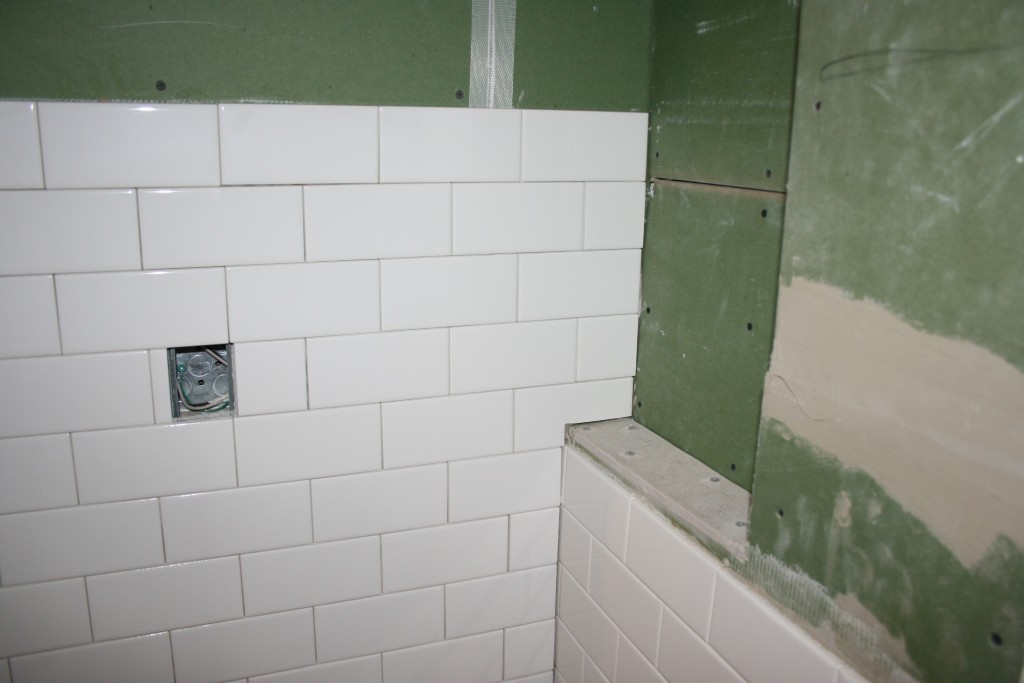 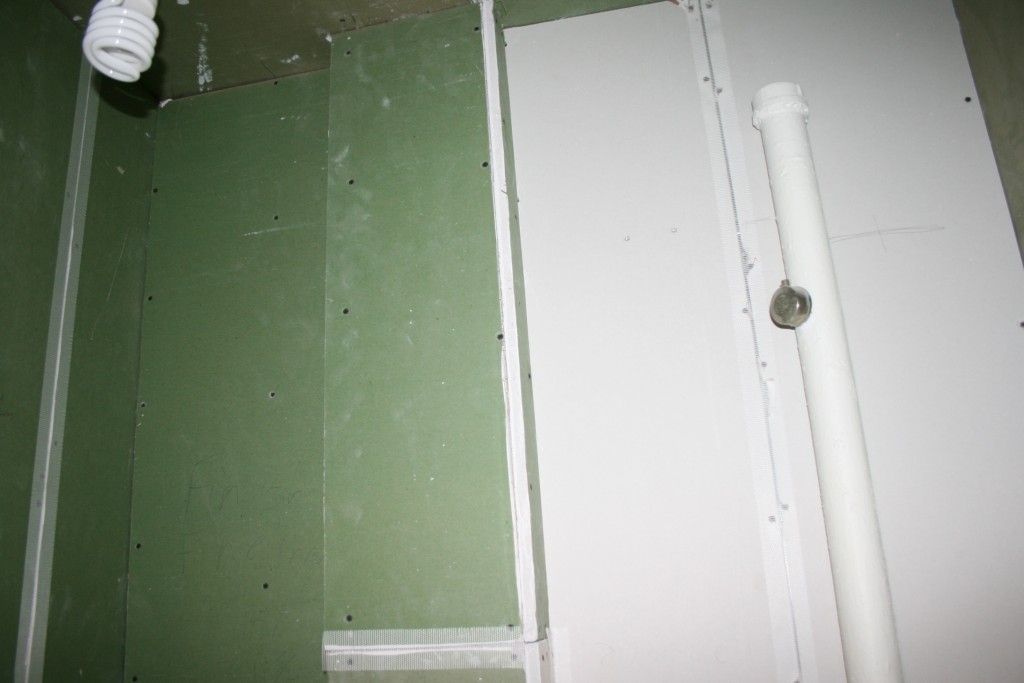 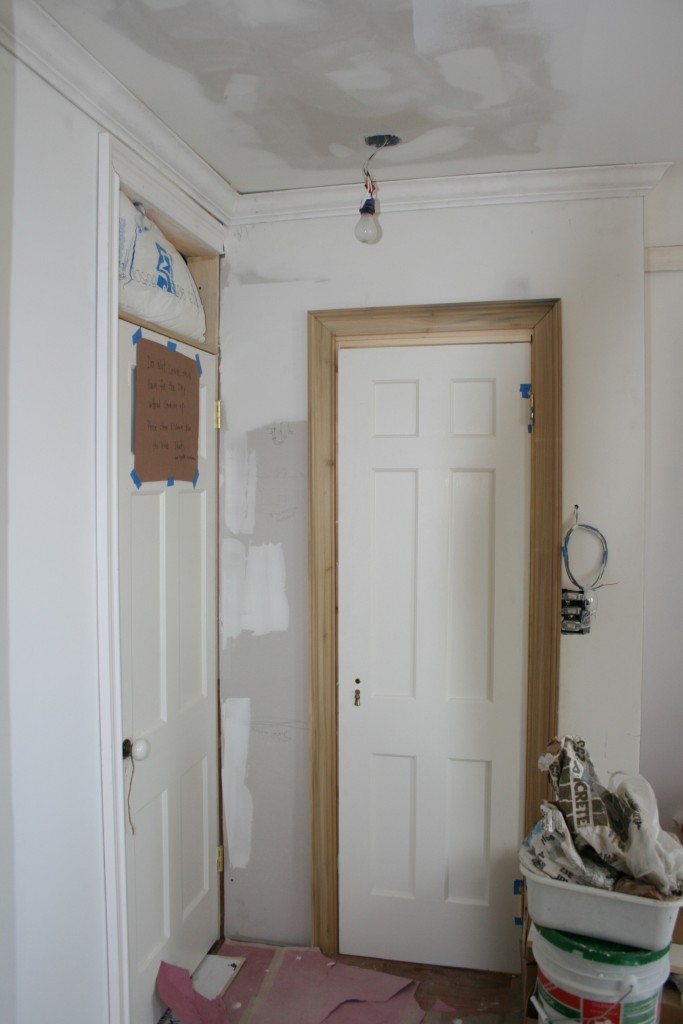 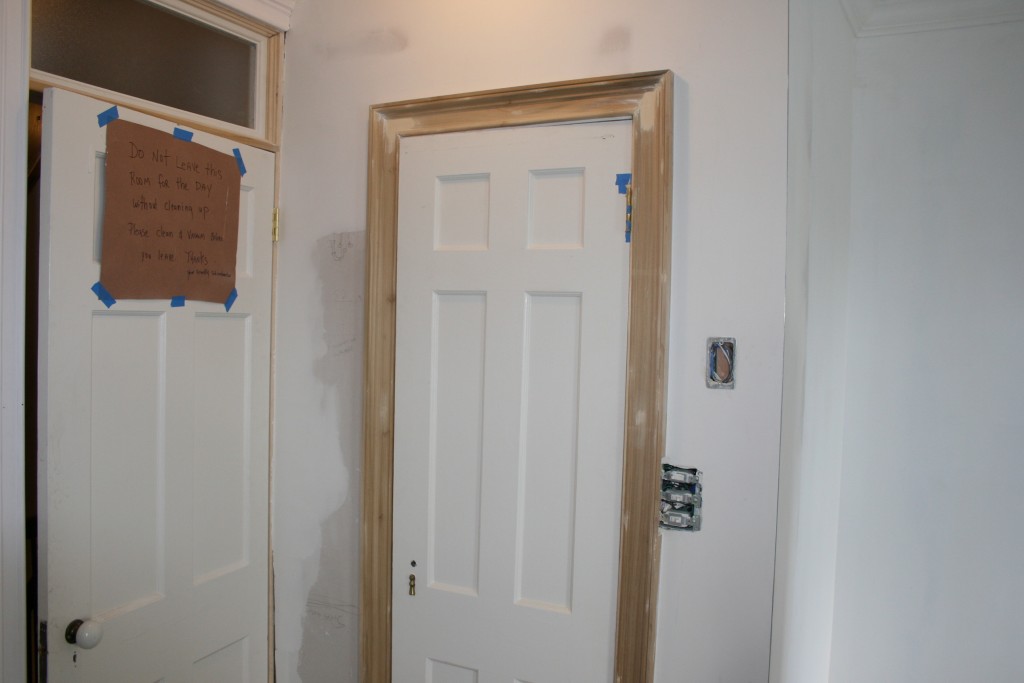 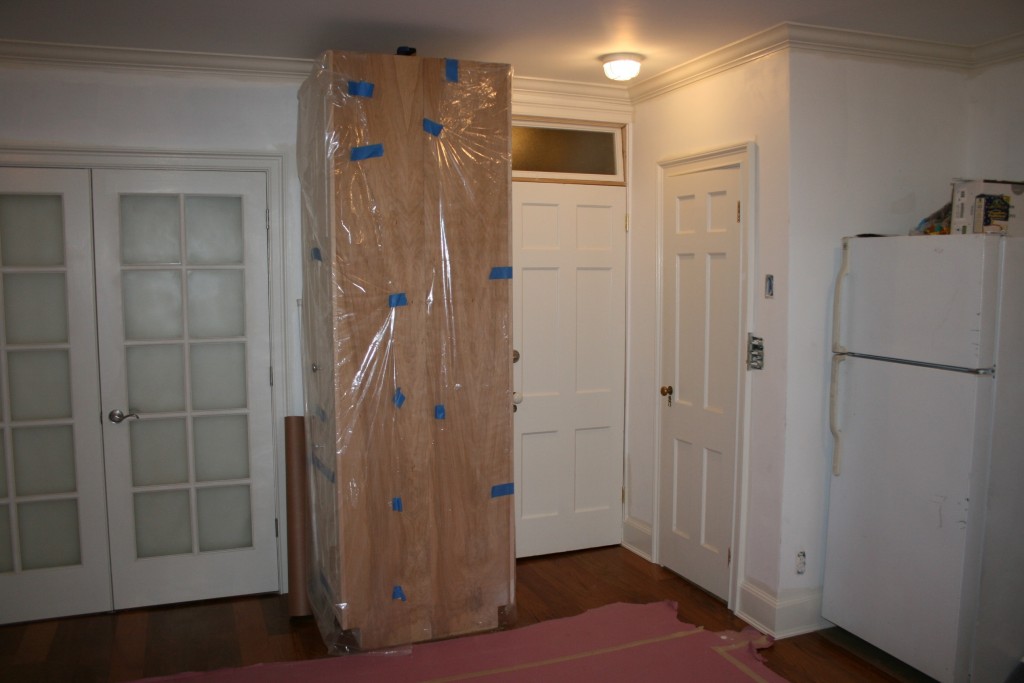 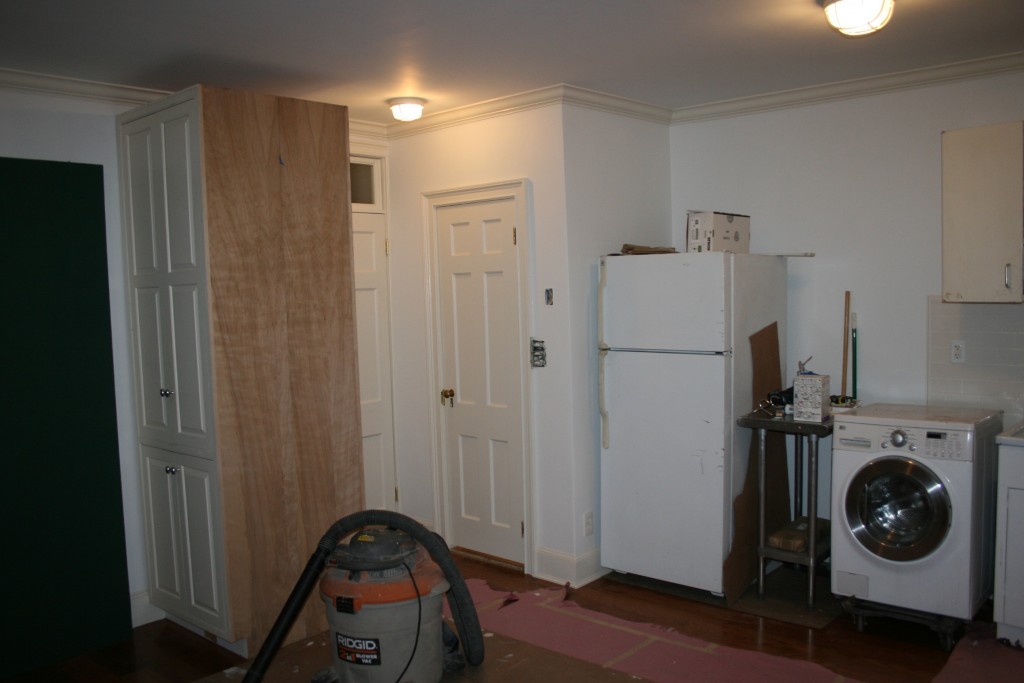