Owning a building that has very strong walls is a nice thing, but presents a higher cost when trying to upgrade the electrical system in some of the cities older buildings.  In this instance we had a building that had brick exterior walls with a plaster wall covering them up.  Interior walls that were largely terracotta block, maybe some brick and wood (very little wood).  And to round out the trifecta, the ceilings were a cement and coal ash mix, very thick, with large whole wire-mesh laid in.  We literally had to fight for every inch of every cable run.  Cutting out outlet boxes into brick walls, carefully cutting through terracotta blocks, and hammering away at the ceiling for days to get channels in.  Ultimately all of our cable runs were plastered over and made to disappear.

The panel for the apartment nestled carefully into a terracotta block interior wall. 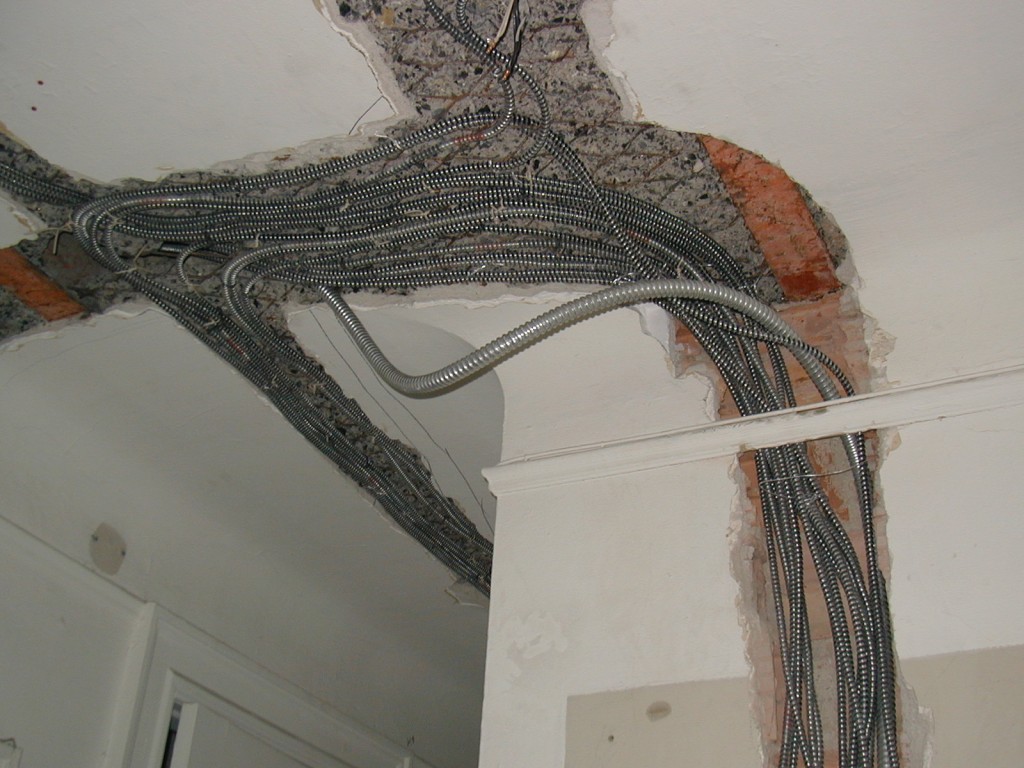 This shot is above the main panel when all of the runs were in. 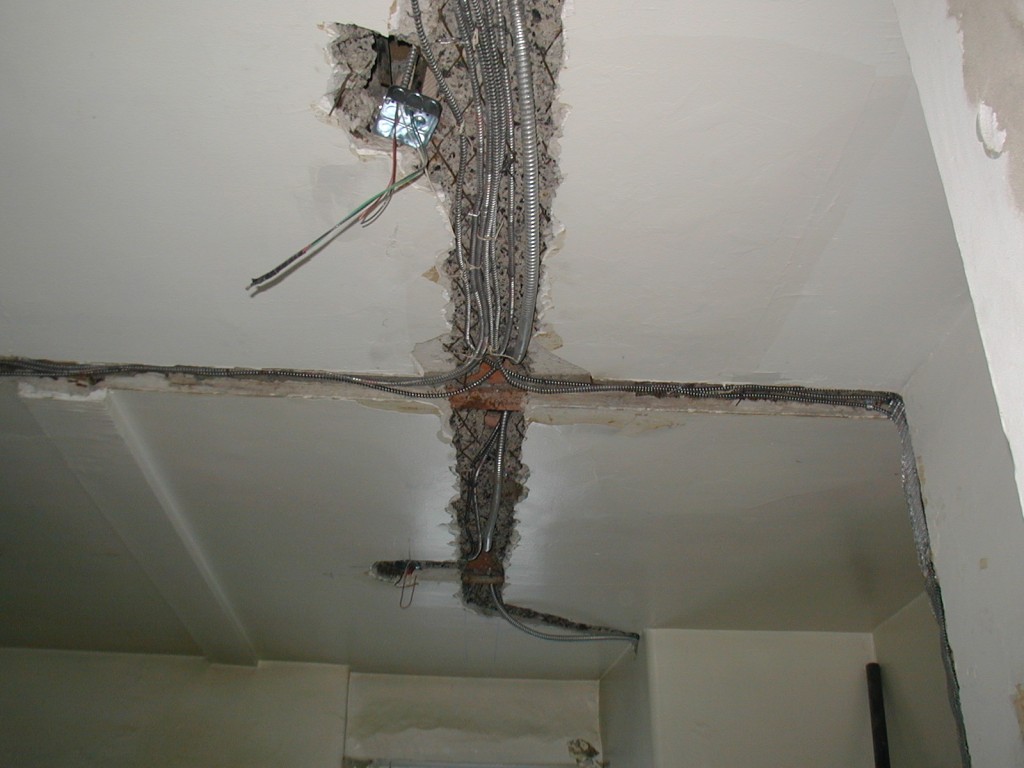 Lines running through the ceiling, with new lighting boxes added in.  The thicker riser cable runs down the trench, having to go over a metal beam every 4-5 feet to snake its way through the apartment to get to the house panel.

You see here new outlets installed in an exterior wall, carved out of brick, and now filled with cement.